Another bike/ped facility eliminated (in 2003) for another traffic lane
on Montague Expressway near WP railroad crossing!

This, despite walkers and bicyclists always being allowed on Montague --
formerly called Landess Avenue in this portion.

Notice the former shoulder line [above] which they could not remove due to the grinding machine not being usable near the tracks. [looking east.]

The lane [below] does not meet minimum federal standards for lane sharing of bicycles and motor vehicles, nor the County standard. Both are 16 feet. The lane-line to curb measures 15 feet. For links to standards, see Montague at Kruse successful fight. 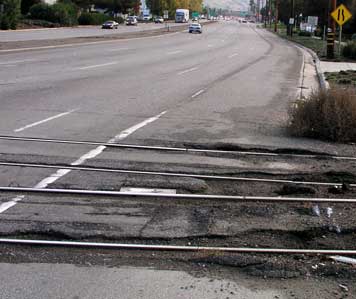 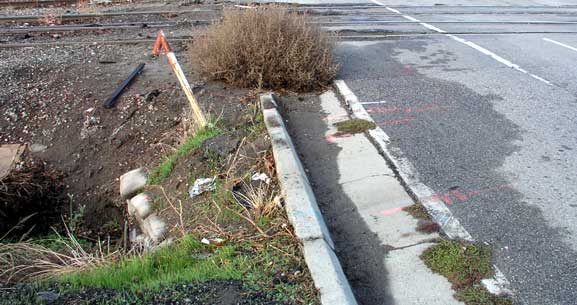 Notice the ditch. People cannot cross the tracks except in the traffic lane. 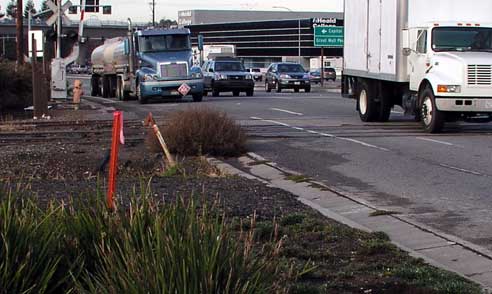 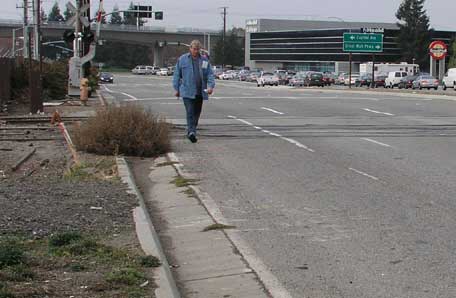 [Looking west.] Montague has, by far, the most trucks of any expressway. And it has the worst conditions for walkers of any road in the County, as a result of the County Roads and Airports Department eliminating pedestrian facilities that formerly existed. This is potentially a high-use walking area with the Great Mall entrance (seen far right) and the new Montague Station and light rail line (seen overhead). Yet, walkers must share the lane with trucks and cars on both sides of the road to get to points such as Landness via the Caltrans-built sidewalks crossing Hwy 680. 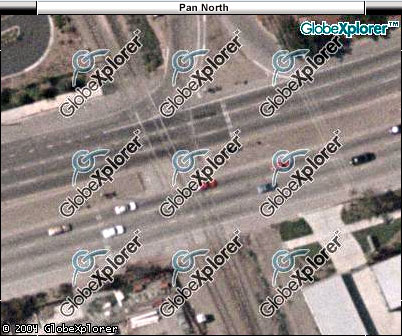 Aerial photo is dated June 2000. The shoulder line is clearly visible the entire way on the south side of the road.
Discontinuous sidewalks, built by developers, can be seen. Photo of the deceleration lane (seen, top right), also used by walkers, is in the next link.

The light rail goes along Capitol Ave/Great Mall, with Montague Expressway providing the only east-west access to the Montague station. [Map from Google.]

What more needs to be done on Montague? See the report.